Thinking of expanding your business into a Spanish-speaking country? Read this article to brush up on your knowledge of Spanish language and culture! 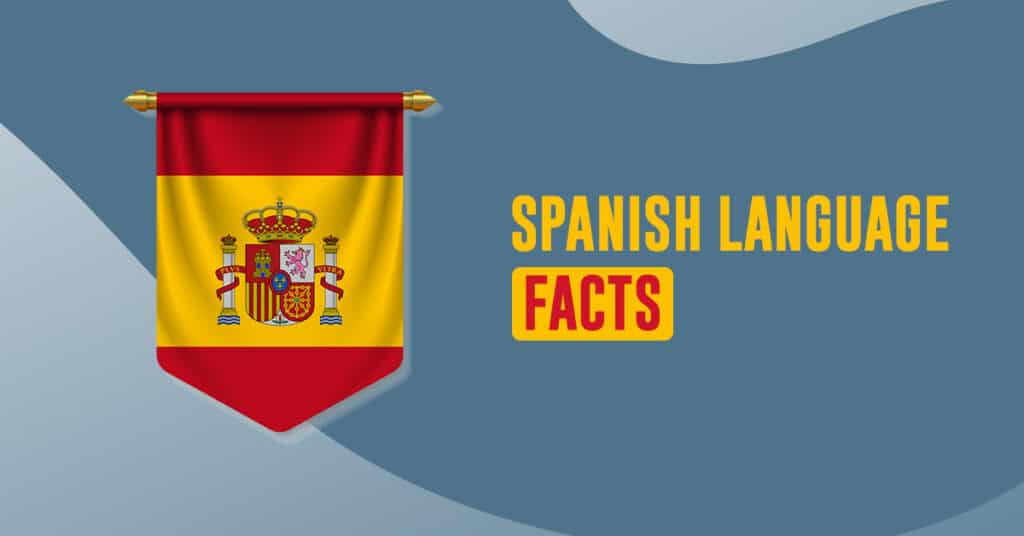 Spanish is spoken in numerous places around the world.

As of 2020, it has approximately 538 million speakers across two continents.

Almost the entirety of Latin America communicates in Spanish, making it one of the most useful languages to learn. Aside from English, it is the most studied language in the world. Couple that with the growth projections for South American populations and you’ll soon realize that the number of Spanish speakers is predicted only to grow over the next decade.

This means that learning Spanish will provide you with some amazing opportunities, both in your personal life and business-wise.

It is the official language of 20 countries around the world, some of which are fast-growing economies. If you’re a business owner who is thinking of international expansion, some of the Spanish-speaking countries must surely be on your list of potential markets to enter.

If so, you probably don’t need to be reminded of the importance of Spanish translation skills (or hiring the right services) for your company. You might, however, want to brush up on some interesting facts about Spanish language and culture to keep yourself informed.

Keep reading this article for some fascinating trivia about the most passionate of Romance languages.

Spanish is Spoken in More Countries than English

Although English is the lingua franca among the nations of the world, there are more countries where Spanish is an official language than those where English is.

Of course, both have spread considerably across the globe through global trade, transportation, and military presence. Nonetheless, Spanish is spoken in 20 countries while English is only used as an official language in 16 countries.

Across much of the Latin American continent,  native speakers of Spanish don’t really speak much English, simply because they have no need for it. Whereas in other parts of the world, people use English to communicate with those who come from neighbouring states, in South America this is not actually necessary, as nearly everyone speaks Spanish there.

The most prominent exception, of course, is Brazil, where Portuguese is the official language. However, these two languages are similar enough to be mutually understood without too much trouble. This is why relying on English when visiting that part of the world might not be a good idea.

When it comes to doing business there, not knowing basic Spanish might even cost you a lot of money.

Although it is not an official language in the US, there are still 41 million Spanish speakers living in the Land of Opportunity. This means that roughly 12% of all Americans can use Spanish in everyday life .

That statistic should not be too surprising, given Uncle Sam’s close proximity to Mexico and the high number of Latin American immigrants coming to the US every single year, but it still hints at a major shift in the cultural makeup of the entire country.

What makes the aforementioned stat even more flabbergasting is the fact that the 41 million Spanish speakers in the States are slightly more than the number of native speakers in Spain!

Despite the fact that the Spanish population amounts to roughly 46 million people, around 7 million of them are native speakers of Catalan, which leaves us with 39 million native users of “default” Spanish.

There Are Countless Regional Dialects

Spanish can be divided into many regional variations that we’d classify as dialects rather than sub-languages.

There are six main dialects distinguished by linguists: Mexican Spanish (or Standard Mexican Spanish), Peninsular vulgate (or Castilian), Canarian, Andalusian, Valencian, and Galician. Then there are other nuances that can be found throughout Latin America – for example, Argentinian and Uruguayan Spanish – but these aren’t considered separate dialects just yet.

Many linguists are in disagreement over whether to consider the Spanish spoken in Argentina, Chile, and Uruguay as Castilian, despite the similarities suggesting that it would be the right thing to do.

The main reasons for this debate stem from divergent grammatical constructs and a perceived higher degree of cultural similarities between the Iberian Peninsula (Spain + Portugal) and the Southern Cone (Argentina, Chile, and Uruguay).

Rioplatense are known for dropping verb endings unlike other dialects of the language, as well as incorporating Portuguese words into their vocabulary to a varying degree. The ongoing feud between experts on Spanish language and culture may soon lead to the establishment of a seventh official dialect that would encompass the Spanish speakers of Argentina, Uruguay, and Chile.

It Is One of the Oldest Languages in Europe

It shouldn’t really come as a surprise that most European languages have been around for centuries. However, this doesn’t mean that they haven’t evolved or changed their standard orthographies through history! Some, such as Swedish, Icelandic or Greek, were written down even before Old English was standardised.

Despite the fact that it has taken several centuries to reach its current degree of evolution, some linguists believe that the roots of Castilian can be traced back all the way to Visigothic by way of Mozarabic, which would make it roughly 1,000 years old – older than any other European language apart from Romanian!

There Used to be More Letters in the Spanish Alphabet

Until 2010, the official Spanish alphabet contained 29 letters. That year, however, Spanish language experts from the Royal Spanish Academy decided to remove two of them, namely “ch” and “ll”, for the sake of making the language easier to learn.

Of course, they have not disappeared from written Spanish, but they are now considered as chains of two letters, rather than a single entity like they used to be prior to 2010. For example, the word paella is still pronounced in the same way, but it is composed of six letters, rather than five, as would be the case had “ll” still been regarded as a single letter.

Some Letters in Spanish Exist Only to Accommodate Borrowed Words

There are letters in Spanish that normally wouldn’t exist, had it not been for the introduction of foreign words into the language. These letters are “k” and “w”.

As weird as it may sound to someone whose native language is not Spanish, these letters are only used to write and pronounce words originating in a foreign language, such as “whisky”. Other than that, there is no use for these letters in the entirety of Spanish!

As opposed to the majority of other languages in the world, Spanish incorporates inverted question and exclamation marks to emphasize the interrogative or exclamatory part of a sentence, for example, ¿Cómo te llamas? (what is your name?).

This placement of emphasis is unique to the Spanish language and can only be found in languages that derive directly from Spanish, such as Galician.

Spanish Is Pretty Close to Being a Phonetic Language

Phonetic languages are languages that allow you to correctly spell a word after merely hearing it and vice versa – pronounce it correctly after seeing it on paper. No language in the world is 100% phonetic, but there are some that come pretty close to that label, and Spanish is one of them.

It is considered to be one of the two most phonetic languages one can learn, alongside Swahili. Sure, you won’t be able to deduce every single word’s spelling from its pronunciation, but it is the case in most of them. Perhaps this is why spelling bees are not a thing in Spain?

Spanish Is One of the Easiest Languages to Learn

Sure, the difficulty levels of languages are highly subjective, but generally speaking, native English speakers will have a much easier time learning Spanish than, say, Chinese or Japanese. If on top of being an English speaker, you already have command of another Romance language pretty well, your path to mastering Spanish will be much smoother and more pleasant.

Of course, this doesn’t mean that you can learn Spanish effortlessly. Every language requires a lot of time and effort if you want to achieve a satisfactory level of fluency.

The Bottom Line: Knowing Spanish Can Boost Your Business

When thinking of the international expansion of your business, the linguistic differences between your target country and your nation of origin can mean the world, especially in the  initial stages.

How useful is Spanish for business? Let’s put it this way: Spanish-speaking countries account for as much as 6.5% of the world’s GDP, placing it third in a ranking of the most economically viable languages, right after English and Chinese.

Knowing English and Spanish can let you tap into a significant portion of the global economy – once your business is fully localised in Spanish, the sky will be your limit! Of course, if you’re not feeling too confident in your abilities, it is always a good idea to enlist the services of a reputable translation agency, such as Architekst – that way, you’ll have certainty that the entire process will go as planned.