Is Welsh a Dying Language?

Read on to explore the importance of the Welsh language and how professional translation services could benefit your business. 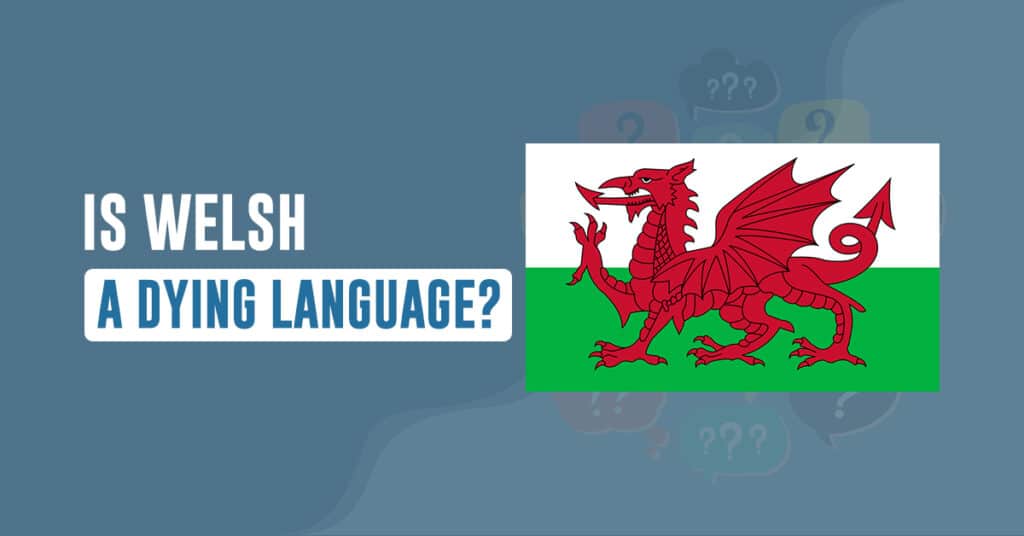 A lot of people think that Welsh-speaking in Wales has gone as far as it can, but in truth, the Welsh language is surrounded by numerous misconceptions and misunderstandings.

Many non-Welsh people outside the country (not to mention those from outside the UK) think of it as an ancient tongue of those who came before, something long gone or only artificially preserved. After all, the Welsh speak English, right?

Well, yes. English was imposed on them a long time ago – there was a time when you couldn’t, for example, defend yourself in court if you spoke Welsh – so it’s no wonder they accepted it. But it is far from becoming extinct.

In fact, according to a study published in the Royal Society, over time it looks likely to thrive. If the number of Welsh speakers grows steadily from current levels and in line with the government’s plan for the next few years, three-quarters of the nation would be speaking it proficiently by 2300.

Not bad for a language proclaimed dead by so many.

Facts about the Welsh Language

Present-day Welsh-speaking people speak the language that has evolved from the one Celtic Britons spoke in the Bronze Age; it is one of the oldest languages still spoken in Europe.

Its literary tradition dates back as far as the 6th century AD. Along with Cornish and Breton, it constitutes a group of Brittonic Celtic languages that are related to a Goidelic group that includes Irish, Scottish Gaelic, and Manx.

Welsh was thriving until the end of the Middle Ages and the ascension of the House of Tudor. As the Tudors were Welsh, Henry VIII incorporated his country into England but, sadly, with English as its sole official language.

Over the years, due to industrialisation, migration, and wars, Welsh had been progressively declining until the end of the 20th century when its position was stabilised thanks to education and legal reforms.

One of the most interesting facts is that it’s spoken as a first language in Wales, parts of England, and… Argentina.

Y Wladfa is a Welsh settlement in that country, which began in the middle of the 19th century when the Argentine government encouraged Europeans to populate the countryside outside Buenos Aires. Welsh-Argentine communities are located mostly in Gaiman, Trelew, and Trevelin in Patagonia.

As of today, there are over 50,000 people of Welsh heritage living in this area, with around 5,000 of them being Welsh-speaking.

Welsh is the only Celtic language not considered endangered by UNESCO. Though there have been some concerns over Welsh-speaking communities shrinking, Welsh speakers are actually on the rise.

However, there’s a huge disparity between the north and south of Wales, and closer inspection of the statistics reveals a varied picture. For example, in Caernarfon (north-west of the country), almost 80% of primary school children talk in Welsh at home.

This number continues to rise – the statistics are shared by many towns and communities in that region. In some of these towns, records even show that children more commonly used Welsh in the playground than English. Unfortunately, this is rare in the south of the country.

Both specialists and ordinary citizens say that the biggest threat to Welsh language preservation is migration, with young people moving away from Wales to pursue work and housing, and with non-Welsh speakers coming to settle without the will to learn it; the continuous rise is only possible with some effort.

That’s why the government has developed a new plan, launching in 2021, which aims to increase the number of Welsh speakers to at least 1 million by 2050. It includes, for example, presenting the Welsh people with the benefits of bilingualism and increasing the number of Welsh-medium nursery groups and Welsh classes for primary school children.

The plan thus focuses on raising a whole new generation of Welsh-speaking citizens, for whom it will be natural to use the Welsh language in everyday life.

This is because Wales wants to avoid becoming too much like Ireland; a large part of the Irish nation declares they can speak Irish thanks to their school classes, but they don’t use that ability on a daily basis, as there’s no need.

The government therefore plans to incorporate more Welsh into all areas of life so that bilingual graduates can truly feel that they have an advantage once they leave school.

How Important Is Welsh for Your Business?

New regulations are already in development; they will vary by industry, but many companies across Wales will be required to incorporate Welsh into some of their processes, documentation, services, and so on.

So it doesn’t matter whether you run a business in Cardiff, a small Welsh town, or outside Wales – if you are planning to expand, sooner rather than later you will find yourself in need of Welsh-speaking employees and professional translators. Only then will you be able to provide high-quality services to communities speaking Welsh on a daily basis.

Even if it does not become a strict requirement in the near future, speaking Welsh is already a great asset on the job market. For example, due to the government’s plan, there is high demand for school teachers with the ability to communicate and teach in Welsh.

And as a part of the preservation plan, the government also offers various kinds of support to companies who decide to increase their use of Welsh.

Such ventures also demonstrate initiative, providing accessibility and ensuring communication in a language people might feel more comfortable in. It can bring you closer to your potential customers and business partners, creating trust and demonstrating commitment and reliability.

With current attitudes, the demand for the Welsh language in business is only expected to grow over time.

Though it still requires a lot of effort from Welsh-speaking people, the language is indeed far from dying. The government is developing elaborate plans to introduce changes vital to the preservation of Welsh-speaking, and increasing success in the area of its everyday promotion can be observed.

For example, one episode of an incredibly popular TV series available on Netflix, The Crown, was focused on the identity of the Welsh nation and their language seen through the eyes of the young Prince of Wales. It was also an important step towards the recognition of the importance of Welsh.

Here at Architekst, we support minorities and understand the importance of all languages, as they very often constitute a vital part of national and personal identity.

That’s why we provide professional translations across all industries in virtually all languages, including Welsh.