With nearly 800 million people and 51 independent states, Europe is fertile ground for businesses to thrive. 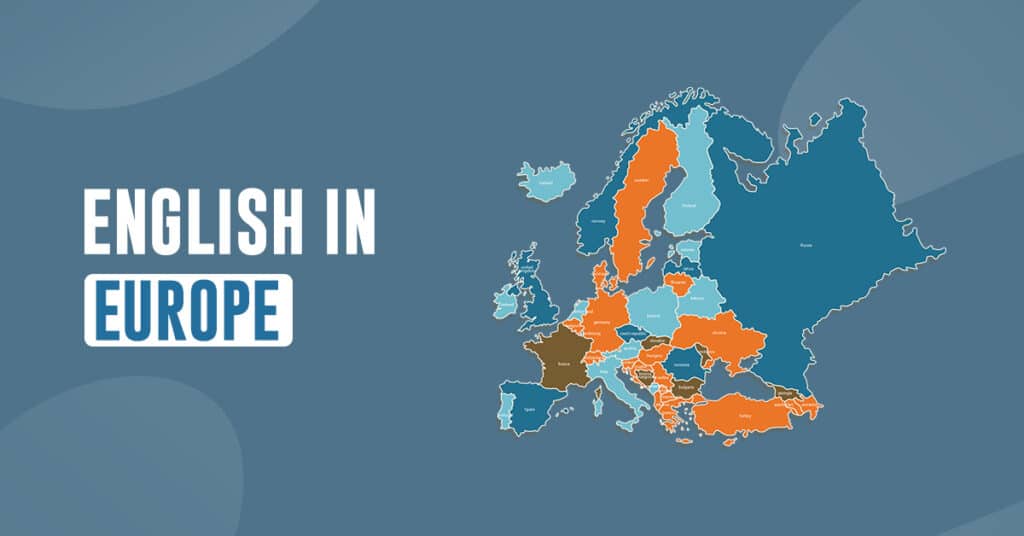 If you’re a business owner looking to expand your company outside of Great Britain and onto the European market, you might be wondering how exactly you’re going to get your message across to prospective clients who live in Germany, France, or the Czech Republic, just to name a few examples.

Fret not! The English proficiency of people living on the Old Continent is very high, much more so than in Asian or Latin American countries.

Although there aren’t many states in Europe that are officially recognized as English speaking countries, you can comfortably communicate in that language on most of the continent.

You can easily carry out a marketing campaign in English in most European countries, although it’s not necessarily the smartest course of action.

The sheer fact that the percentage of English speakers in Europe is very high doesn’t mean that the entire native population can speak English.

Another factor is the sheer complexity of language that people who aren’t native speakers may simply not understand, particularly idiomatic phrases or expressions. Not to mention the fact that not translating your campaigns and marketing materials may be interpreted as disrespectful by some, which may end up losing you quite a number of prospective customers.

This is why it is always a smart idea to enlist the services of a reliable translation company, such as Architekst, to help localize your campaigns in each country you’re planning to do business in.

Is Europe Moving Away from the English Language?

It may seem absurd nowadays, but even as recently as twenty years ago, English wasn’t as widespread across Europe as it is right now.

The general rule of thumb used to be that the further East you go, the lower the knowledge of English becomes.

This is also changing rapidly, with the process of European integration accelerating the exchange of information among EU members and increasing the need for a common language to facilitate communication.

Some pundits have feared that due to Brexit, levels of proficiency in English across Europe will start to dwindle. After all, the UK was a major power in the European project and has exerted a widespread influence on it.

With Great Britain gone, why would European leaders continue to insist on English being the primary language used within the community?

It is true that some EU officials have attempted to limit the use of English during the Union’s proceedings, and many amongst them, including the President of the European Commission, seemed to support the notion of switching to French.

However, this transition has not been implemented and doesn’t look likely in the next few decades. English has permeated every level of our lives too deeply to be able to get rid of it altogether.

It is used as a second language in most of the English speaking countries in Europe, not to mention the fact that it is the single most important language in the world when it comes to international business activity!

An estimated 370 million people in Europe can use English. This number is even more impressive when you realize that there are 450 million EU residents altogether!

With these figures in mind, the notion of artificially decreasing its importance and making all of these people learn French instead becomes completely ludicrous, to say the least.

We’ve already established that there are plenty of English speaking countries in Europe and that the English language is not going anywhere – it is likely to be used as a second language within the EU for many years into the future.

All of this doesn’t mean, however, that every single European is able to communicate in English with the proficiency of native speakers! In the next section, we’ll take a look at some of the countries in Europe where English proficiency levels are the highest.

Whilst more than three-quarters of Europeans can speak English, some countries have much higher English proficiency rates than others.

Here is a list of the ten English speaking European countries where conducting business in English shouldn’t cause you any trouble whatsoever.

Bear in mind that the list is not compiled in any particular order!

Some may say that it isn’t fair to include Ireland in this list, since English is its official state language, but the facts are that the country remains a member of the European Union, and its geographical location indicates that it is, in fact, one of the 51 European countries. With an English proficiency of 100%, it undeniably falls into the category of the top English speaking countries located in Europe!

One of the most well-known positive stereotypes about Germans is that they’re extremely efficient at everything they do.

It shouldn’t come as a surprise, then, to learn that they can command one of the most commonly used business languages in the world with relative ease – 62.35% is the percentage of English speakers over there.

With a proficiency of 71.45%, the Netherlands is the country with the highest proficiency in English in all of continental Europe.

Whether it’s the similarities between English and Dutch, or some other factor, the population of this region can speak English at near-native levels.

The Swedes don’t lag too far behind the Dutch. With proficiency being 70.40%, you shouldn’t have any trouble using the English language in Sweden.

The Scandinavians may not appreciate their countries being grouped together in this way, but when it comes to proficiency in English in Europe, this region is simply the best.

Proficiency rates in all these countries lie between 65% and 69%, and whilst none of them break Sweden’s record of 70%, these are still very commendable scores.

With Brussels being the capital of the European Union, as well as of a multilingual country, it shouldn’t surprise anyone that the people of Belgium are more than adept at learning foreign languages.

The official English language proficiency rate in Belgium is 61.58%.

Poland is a stellar example of the former Eastern Bloc’s countries’ efforts to increase the level of English amongst their native populations.

A whopping 62.07% of Poles can speak English at a satisfactory level, which puts them right up there with countries that have been using it in business for much longer than Poland has!

With a proficiency rate of 62.18%, the Austrians can boast quite an impressive record when it comes to the percentage of its population who can speak English as a second language.

They do have it easier than most since the native language of Austria is German, and English belongs to the Germanic family of languages.

As you can see, European countries are more than adept at using the English language. However, they also take great pride in their own tongues, particularly in countries such as France, Italy, or Spain.

If you’re a British business owner looking to expand into Europe, you might want to consider translating your marketing materials, as well as your products (if necessary) into your target European languages.

It will help you avoid misunderstandings arising because of the complexities of language.